We have just passed Mother’s Day and Father’s Day would be approaching. Hidden within the fringe of society, many parents are spending these days in old folks or nursing homes.

In this era, grown children would not think twice to send off their parents permanently to go stay in an old folks home once their parents become an inconvenience to them. Or if the parent suffered an illness, disability or the spouse does not like, then off their aged parent goes. 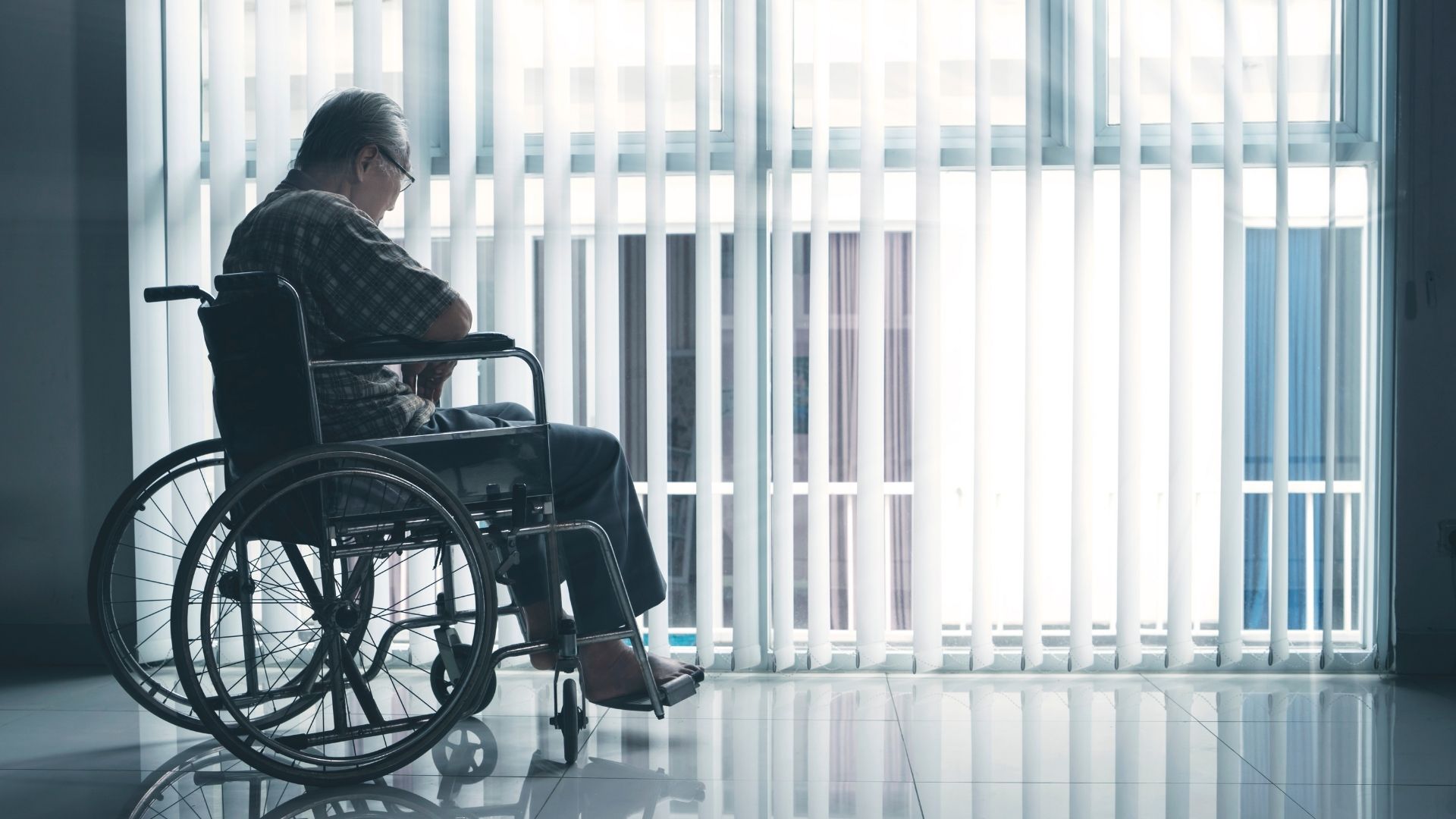 It is like that they are being discarded and forgotten. Visits become less and less infrequent till it become none at all especially if the parent dared to as much complain or say anything negative. Most aged parent that get sent to an old folks home eventually deteriorate quickly…and die of a broken heart.
Actually, it is totally unthinkable in Asian culture as filial piety is valued above all else. Sadly, it is no longer the case as materialism has sipped into our culture.

Here are some real life examples:

1. A man have 7 children. When he suffered a stroke, he was left with paralysis on one sife of his body. He still had mobility with some help and is not bedridden.
None of his 7 children were willing to take him in. He was admitted to the old folks home, a higher end one.
2. An old lady after signing off her inheritance to her son, was abandoned in the hospital. Her son and family kept coming with flowers but the moment she signed off her estate, she was discarded. She passed away not long later of a broken heart.
3. An old lady was sent to hospital. When it was time to discharge, the nurse (my mom was the nurse) could not contact the family. After some effort, she was finally given an address. She arranged for an ambulance to send the lady home.
The address provided was a funeral parlor!
The caretaker of the parlor came out, shocked and said ‘we only accept dead bodies, not people who are still alive!’. The lady was brought back to hospital by the irritated ambulance driver. She also passed away not long later.

You may not have a good childhood. You may not feel that you were being treated well.
Maybe you are the least loved child, and get little or no cut from the inheritance. But when the parent could no longer care for themselves, none of your siblings who got a big cut of the money wanted to look after… And tried to shove the responsibility to you.
Before you decide it is not your problem, there is something I wish to share. Regardless of how our childhood or if our parents practiced favoritism, they still chose to raise us. We need to understand our parents are human too. Just like now, we feel that they are old and are getting in the way, and that by taking them in we would lose freedom, flexibility and sacrificing our financials, don’t you think they had never the same?
And yet, they never discarded us. They never took us to a garbage dump or religious place and just dump us there by the entrance right? Neither had they attempted to sell us off at high price to childless couples or worst still, brothels?
I have been a fulltime caregiver to my mom for more than 4 years now. I must admit at times it was not easy. I left my career at my peak. Just not long before I resigned, my big boss had offered me a promotion. I gave up financial security and most importantly to me, my freedom to be a full time caregiver. My mom have Alzheimer’s- that means at times it would not easy to care for her.
Then one evening, I was watching her eating her dinner, and was feeling a little miserable. Then suddenly, there was a vision that struck very clearly to me. That a long time ago, my mom had been tempted to leave the marriage. She had been tempted to want to live her life to the fullest and regain her freedom. And to do that she had to leave us. She looked at me, as a child, blissfully eating away and felt very torn.
She knew she could not do it.
So she stuck to it. At times she was unhappy so yeah she had some compulsive addiction. Nothing too serious but it was enough to make her not present a lot of times when we were growing up.
Hence the realization dawned on me that our parents really make a lot of sacrifice for us. They give up a lot in order to earn to raise us. If their behaviour had hurt us deeply, it is possible to trace back a sad story in their once young life that caused them to behave in that way. In fact, I had many deep sharing with friends who I know carried wounds from their childhood. When they trust me enough to open up to me and at the same time share their parents’ stories, I was often able to let them know how the way they have been raised had triggered the way they treated us.
Bear in mind 50 years or so, emphasis was never placed on mental and emotional health. People are just expected to put up and bear with it. Emotions are being suppressed. So many would develop maladaptive coping mechanism that would be passed down to the next generation.
Still, they often did their best with that they have. Many were stuck in unhappy and even abusive marriages or had mean in-laws but they could not leave because they had no financial backing. A lot of unhappiness, feeling of being tied down and sometimes unable to breathe (figuratively). Don’t you think they had never wished they could leave their crappy job and go travelling round the world, something that they may not have the chance to do as their parents had forced them to settle down and get married young?
If you have felt that you would understand how overwhelming it felt. Yet they never throw us to the garbage dump, orphanage or discard us. And now, when they are old and defenseless, we should never do the same to them.
In the next article, I would share on some possible alternatives rather than sending our aged parents to old folks home.

Tube Feeding Formula you can make at home (Malaysia/Singapore)
Master Jun Hong Lu of Guan Yin Citta passed away on 10 Nov 2021- my thoughts on his teachings
Veterinary Clinic in Petaling Jaya near Jalan Gasing and PJ Old Town
Alternatives to sending parents to nursing homes
If you like this post, say thanks by sharing it:
more