When talking to my friends, I realized that haunted houses are more common than we think. I thought of sharing a real story of a haunted house in my area. While it is not as scary as the usual ones you may have heard, this is a real incident that really happened in my neighborhood.

There is a house located near my house that is said to be haunted. Rumor had it that a woman had killed herself by hanging in that house and it had been haunted ever since. This incident had happened before we moved into the neighborhood. 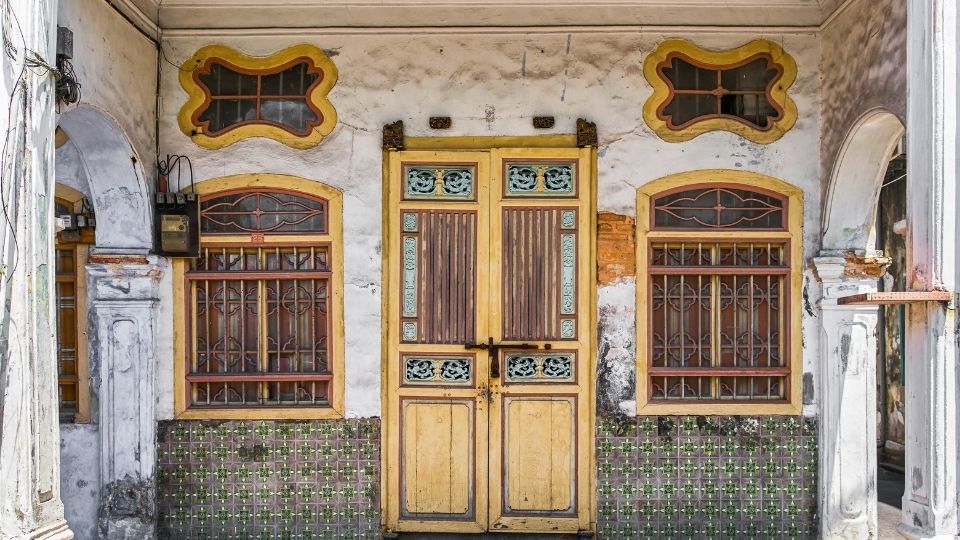 Note: Picture above is for illustration purposes. Not the actual house in this story.

The house always seemed spooky and the interiors were dim no matter how much lights were installed. Once, a neighbor who stayed further up the road came out her house at around 5am and saw a figure of a woman in white flying outside the compound of the ‘haunted’ home. The lady was terrified out of her wits and told some neighbors what had happened.

There were tenants who rented the house, not knowing its history and would move out soon after. Once, I remember when I was in primary school, the house was rented by a single mother with 3 children.  She was rumored to have a dubious profession and was also a stand in mistress, which was considered a huge stigma during my childhood days.

Once, they got a very cute snow white coloured puppy which I truly adored.

Kids were told to stay away from playing with her kids. But for me, I did go over to hang out with them (when my parents were not looking) few times to play with the puppy. I remember the eldest child told me that there was ghost with the house. She said there would be sounds of footsteps and they would see shadows. It made the children very afraid.

Not long later, I was doing schoolwork in my home in the afternoon and heard a loud shriek. I recognized it as from the puppy and ran out immediately. It had died, being ran over by a school bus. Till this day I still remember seeing the body of the lifeless puppy, its snow white fur coloured by red blood as the driver placed it on the roadside. I cried and grieved for that puppy.

They moved out not long later. A neighbor said that the tenant mentioned the house was haunted and it scared them so much especially the children that they could no longer tolerate it.

Another incident was our dogs would howl quite frequently at night while facing the house. My late dad peeked a few times and noticed our dogs always faced that house when howling.

There were people who moved in but again quickly moved out. The house was then left abandoned for a few years.

Then in my teens, the house was then rented to a group of youngsters. There was some painting and cleaning done before these tenants move in. After the new coat of paint and more lights installed made the house looked less spooky. The youngsters consisted a mix of male and female. Some worked in restaurants and some were students.

Almost each night, the youngsters blasted loud music. I did not know it was done on purpose because they were afraid or just that they enjoy the loud music. That could be heard clearly from my house as well as neighbors around. In those days, neighbors were generally very tolerant.

This group stayed in the house for about 5 years before disbanding and moving out. During that time, we did not hear any complaints from them, mainly because these tenants also did not mix with the neighbors.

Did the loud noises and strong ‘yang’ energies from the youngsters changed the vibration of the house, driving whatever that was haunting it out?

Not long later, the house was bought over by someone who lived further up the road. This guy owned a house repair business. The house he was staying in was smaller than the ‘haunted’ house. Also, this guy moved in further up the road during the period where the youngsters were staying in the ‘haunted’ house. By then, there were no longer stories and sightings. The man bought over the house as he to accommodate his entire family from his mother, siblings and their families.

He renovated the house to make it practical for almost 20 people to squeeze in. But even though I am not expert in feng shui, I think the effects are detrimental.

First, he had a porch or awning extension (where light cannot pass on the top) build which extended from the main door to the gate. This automatically makes his house very dark and gloomy since sunlight is no longer able to enter the living room of his house. His purpose I believe was to enable his extended large family to hang clothes on the steel railings that he installed on the ceiling of the porch. And to serve as a sheltered carpark.

I find it a little unnerving as I would see clothes, including pants and undergarments hung from the top railings.  Which would be over the family member’s head as they walk past from the gate to the home. It is considered ‘pantang’ or taboo to have pants and undergarments go over one’s head. The house’s main gate also served as a place to hang the family’s clothings which is not considered something favourable to be done. 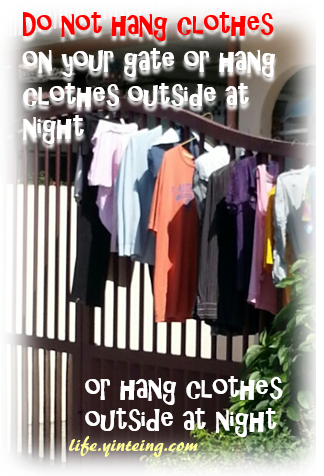 Then he also tried to make use of some small space in the entrance as a kind of storage area. He had grills build around the area and surrounding the main door to his home. Making the house not only dark, but looked a little like a prison.

The end result, the house is cramped, the interior very dark.

After a few years, the man, who was all along healthy as he was also active in qi gong and in good shape….developed cancer. His family kept it hush hush at first. But it was difficult to ignore when he started losing a lot of weight, looked very weak and was just a shadow of his former self. Most of the time I do not see him coming out except when getting into vehicles to what I believe was for cancer treatment.

Sadly he passed away about 3 years ago.

I still kinda feel the house is not really suitable for long term family stay. Especially when the matter is compounded by the ‘practical’ renovations that he did. Even if the house is no longer haunted, the way the house is renovated may give it a bad feng shui, causing the occupant to be sick. And the family do not live in harmony as the environment they lived in are also very cramped.

Temporary stay by loud music blasting youngsters are okay. After all, many of the hostels in public universities in Malaysia are also rumored to be haunted. And it is true as my university mates many had paranormal experiences and sightings, not to mention the tonnes of stories passed down from seniors. Still, many of the students staying in the hostels were pious, they prayed regularly. Also as youngsters, energetically they are strong, with stronger auras. And their energies are more focused, as in into studies and other pursuits, ie they have many things going on in their lives that they do not get bothered by these incidents.

I wish to share this since I have lived in the neighborhood since I was a little child and had seen the changes the house had gone through. Even my home too, has its own spooky stories but well, I’ll leave it for another post.

The spirit of my unborn brother
True Paranormal midwife delivery stories
A story of love black magic (sihir pengasih)
Ching Meng (Qing Ming)- remembering the departed
If you like this post, say thanks by sharing it:
1 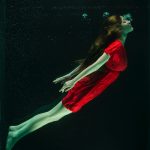 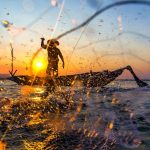