Lately I am contemplating about writing more serious articles rather than the usual discoveries about places in Malaysia. I wanted to write this article to speak about my own experience and also to give you some fuel for thought in case you are considering to ‘upgrade’ to a new car.

Everyone has a different take and perspective on this. But one thing is very true: unlike a property, car is an asset that will depreciate in value. The value of the car goes down with each single year. When you think of ‘upgrading’ your car, essentially you are ending up with a heavier financial commitment that binds you forever to the office jobs that you hate.

The underlying ‘why’ you want to upgrade your car

Tell me the truth- do you want to upgrade it always break down? I would agree that if you previously rode a motorbike and now you are married and have a kid and another on the way, it is downright dangerous to try to balance 4 lives on a motorbike. So if you can afford it, you should really consider getting a car.

But if you already have a car that is in good condition, do you need to change it every few years? Even if the car is not in good condition (possibly due to neglect), with a good service, the car would working fine and well.

I want to be very honest with you. I drive a Proton car- the same car I had when I came out to work almost 20 years ago which I have already finished paying long time ago. Of course when I first had the car, Proton cars were a huge hit and you actually had to be put in a waiting list. I remember I felt so happy when I got the car.

Because when I was young I used to accompany my mom to Puduraya and Chow Kit market to do her grocery hauls. The sheer amount of volume that we had to carry back enough to feed a family while riding on the minibuses were overwhelming. I promised myself that the moment I could afford it, I would buy a car so that I could load all the groceries in the boot. When I got my Proton, I was elated to be able to finally fulfill that promise.

The few years on and my friends all started upgrading. Eventually when the tax for foreign made cars were reduced, even more of my friends and people I know upgraded.

By then my Proton car was also a little bashed up. I am a little unlucky- the right dent was because a speeding motorcyclist hit my car. The right den appeared someone banged my parked car (I had parked in an open parking space in KL and when I came back to claim my car it was dented). When I fix the dent, it will get hit again at a parking lot. So I stopped fixing it.

But through the years I have grown a little fond of my little bashed up Proton. The car has its bashed up way kept me safe. I have seen many times motorcyclists slowing down immediately when I wanted to signal. And it is very easy to cut into a lane- I usually target the expensive cars, ie the BMW and the Mercedes because almost always they give way as they are so scared that I would scratch their beautiful shiny car.

Dealing with what people think

For many, the intention to upgrade is for status and to impress people. Consider carefully- are you going to increase for financial commitment each month because you give a  d@mn about what people who really don’t matter think about you?

I would not be honest with you I said that I don’t give a hoot about what other thought of me. Initially it did matter until I learnt to get over it.

I worked in 2 large corporate companies after I graduated. The first one was in town and I took public transport to work. My car was used more to travel within my taman, go market and shopping with family. 10 years ago, when I join the second company, the location is not far from my home and public transport was not convenient. It made more sense to drive.

By that time, my car was quite bashed up and weathered. It was the worst looking car in the entire parking lot (or any parking lot for that matter). And it does not help that our building are occupied by a few large sales team. They mostly drive Honda or Toyota. During the beginning when I joined the company and had wanted to impress, I did feel my car set me back.

RELATED:   Is it really necessary to send your kids overseas to study?

Sometimes, I felt certain people looked down at me when they saw that I drove such a run down car. It does not help that my own circle of friends, family and my neighbors all ask me to upgrade my car. I was tempted.

Initially when I was trying to proof my worth, the way some people, especially those from the sales team looked at me did pressure me a little. Till I really started reason things with myself. This is for you to know that I am not a hypocrite because I had been in this situation before and understood the pressure.

First thing, I told myself….

I also know what an unnecessary financial burden a car could be. Prior to joining the second company, I had resigned for one year to take a break and then spend another year taking a paycut job while working on my blogs. I realized it was not sustainable so I decided to go back to corporate. Also, by working at a paycut job which I was merely making ends meet (because I still insist to budget travel to Thailand twice a year), I get bullied by people have a lower set of mentality. I thought if I am going to be yelled yet, I might as well be by VPs (Vice President) and GM (General Managers) …. and get few times more the salary.

Still, the two years (one year taking a break and another a paycut job) was worth it because it thought me the value of money and saving. My current car was already fully paid off…. if I kept it I will have no financial commitment except a little upkeeping here and there, renew road tax and insurance. And don’t think that new car does not give problem- my brother who decided to upgrade had to send his car a number of times for repair.

Secondly, I consoled myself that it would take time but I would let my work performance speak for itself. I was quite fortunate because I had a colleague who I work closely with- she also drove an old Wira (but it was not bashed up like mine) so she never looked down on me. Eventually, I got to know my colleagues better and you would be surprised, once people get to know you and like you, they don’t care about what car you are driving.

RELATED:   Before you surrender your old investment link insurance policy, read this

Those that still continue to judge you are not worth your time and thoughts. If you are surrounded by these type of people, then my dear friend, you are seriously mixing with the wrong group of humans.

Eventually many people start to know me because I wrote a lot of internal email communications. I started working with sales and marketing team and had helped them solve some issues. With time, everyone knew what car I drive but they have looked beyond my appearance (need I add that I also don’t put on makeup and wear expensive clothings) and car. I truly earn the respect of my colleagues which shows in their eyes. And that is a feeling that no new car would be able to give you.

Why I want to write this is not to boast about myself. But it is to share that a car is a big financial burden, especially if your car loan is eating into a large chunk of your monthly salary. When it does, it would cause you to live beyond your means and remain in debt for a long long time…. possibly out of the silly reason of giving a hoot about what worthless people think about you.

The more expensive the car you are buying, you would need a higher paying job to sustain it. Your job may be stressful or causing you health issues but you would not be able to move away from it because of the noose that you choose to tie around yourself. Instead of putting that money into mortgage and upgrading to impress people that you don’t like, why not put aside some of the money in savings or some form of investment? The savings would help you should you get so burnt out and wanted to quit your job one day. Or to give a shot to do what you love. You would really really need savings for that.

Is it really necessary to send your kids overseas to study?
Before you surrender your old investment link insurance policy, read this
Selling your car, name transfer and traffic summons in Malaysia
If you like this post, say thanks by sharing it: 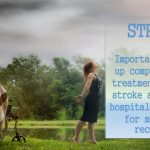 After STROKE: Treatment to do to prevent recurrance 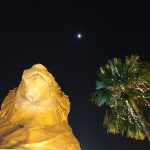 Change of direction for this blog- towards healing and spirituality