When I flew to Bangkok, it was via Thai Airways. However when flying back from Suvarnabhumi airport to KLIA, it was via Thai Smiles airways. It was the first time I flew via the airline and I am impressed with their service. 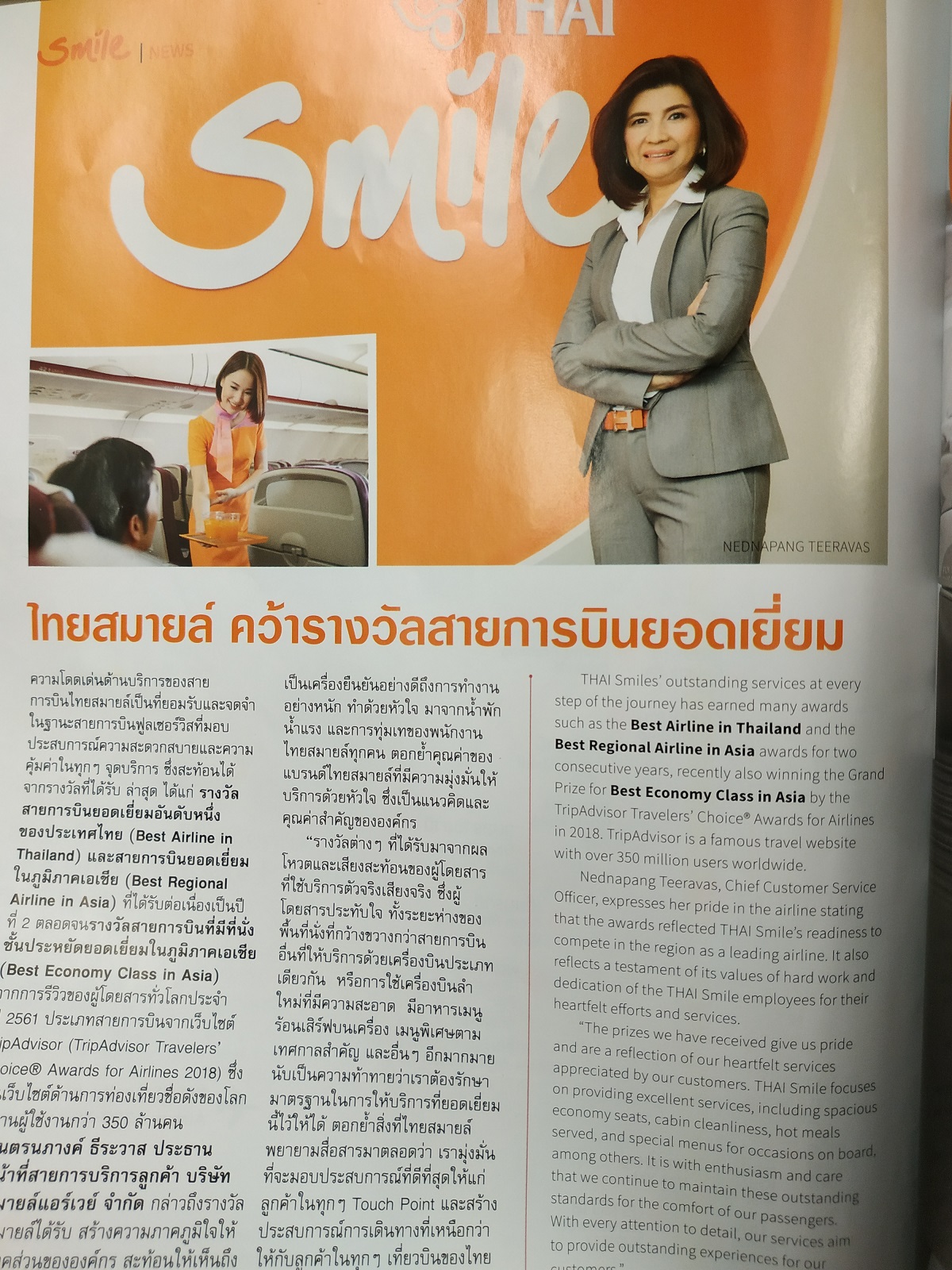 In the article above it is mentioned that Thai Smiles airways have won numerous awards including being the Best Airline in Thailand and Best Regional Airline in Asia for 2 consecutive years as well as Best Economy Class in Asia by the TripAdvisor Travelers’ Choice Awards for Airlines in 2018.

When I boarded the airline, we were greeting with the same courtesy as the Thai airways staff. The Thai Smiles aircraft, being a budget aircraft is similar with Air Asia or Malindo Air. However, the differentiating factor is that they actually serve a full meal. Below is the picture of my meal that day…rice with a fish fillet dish with a vege and a simple dessert: 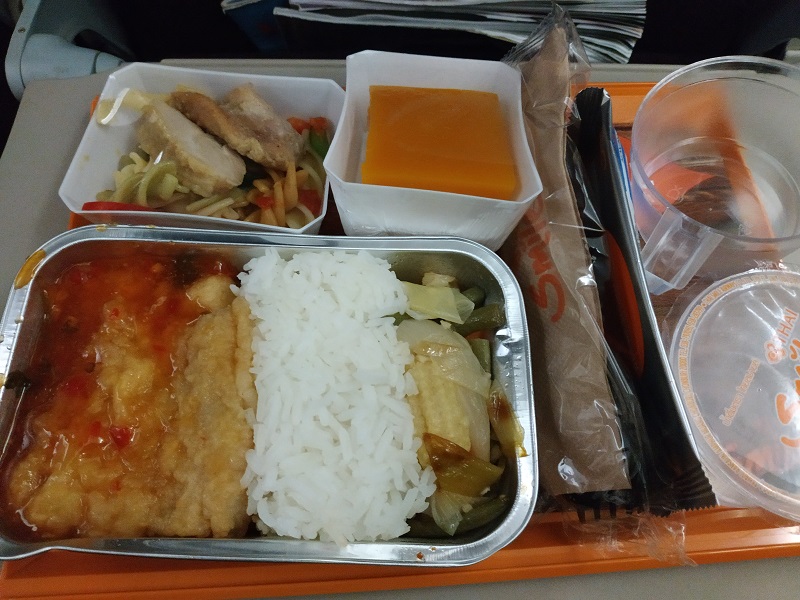 It tasted quite okay. You can also request for drinks such soft drinks, orange juice, hot coffee/tea (the plastic cup above is for the hot drinks).  A small pint of drinking water is provided.

There are some reading magazines…aside from the standard OTOP magazine (selling various products), Thai Smiles have their own in-house travel magazine which is not the same with Thai Airways: 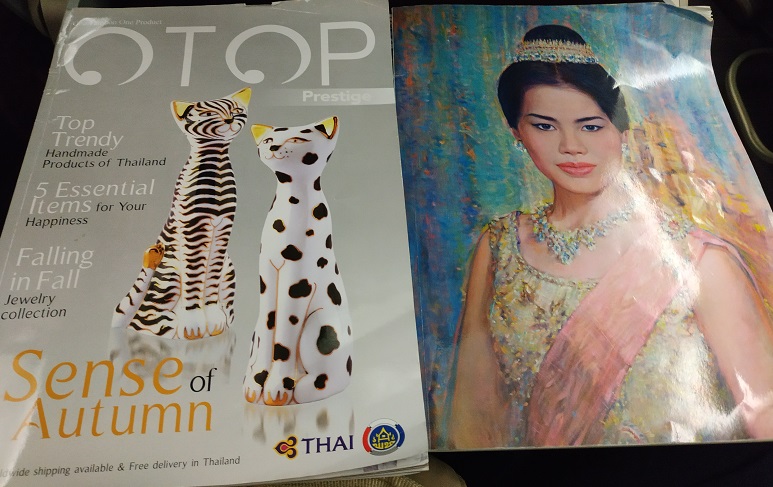 My trip was in August and it was the Queen’s birthday hence the cover is a painted portrait of the Queen. The magazine is quite interesting because it contained a mix of all sorts of subjects such as various travelling spots (with beautiful and colourful photos) as well as an article about bullet journalling: 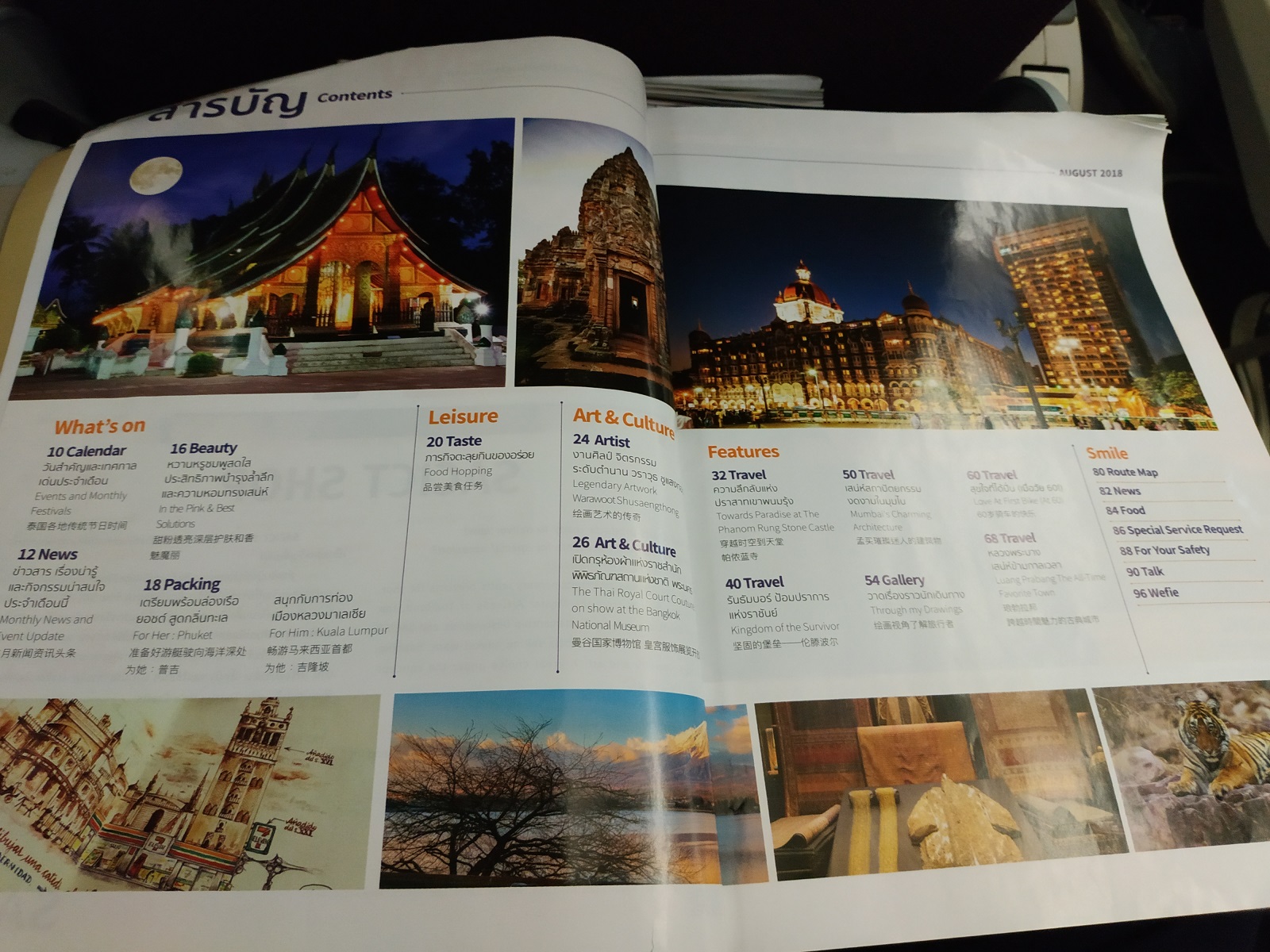 As this is a budget airline, they do not have the in flight entertainment where you can plugin to watch movies or listen to music. But the airline is quite creative. At the TV strategically located above the seats (where it is usually for displaying the flight safety videos), they actually started showing videos that will attract the passenger’s attention.

For example they have a video to show how certain flower arrangements are being made. Then it is followed by an interesting video showing how a man painted a beautiful mountain scenery from scratch. I was chatting with my friend but at the same time we find ourselves being drawn to the videos because it is interesting to see how a beautiful scenery is drawn from a blank canvas. 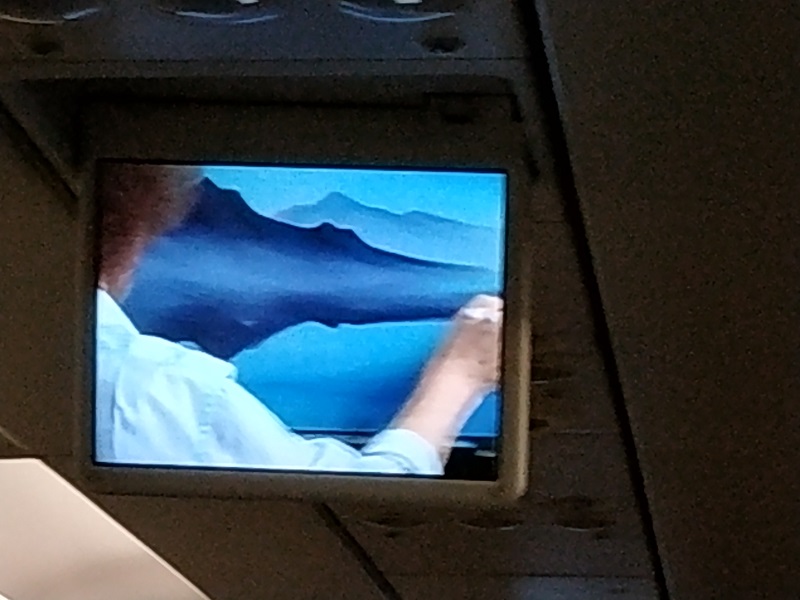 Sorry I did not managed to take the picture of a finished portrait. Still, I think it is a creative way to keep passengers from getting bored while on the flight.

Overall, the flight is well worth it. Based on their website, they allow 20kg of baggage. However…I am sure a friend who is travelling with me had 2 baggages that were more than 20kg but was allowed because we originally bought the tickets from Thai airways. If the tickets are bought directly with Thai Smiles, then the allowance would be less.

Oh and one last thing… their baggy for passengers who had travelling sickness: 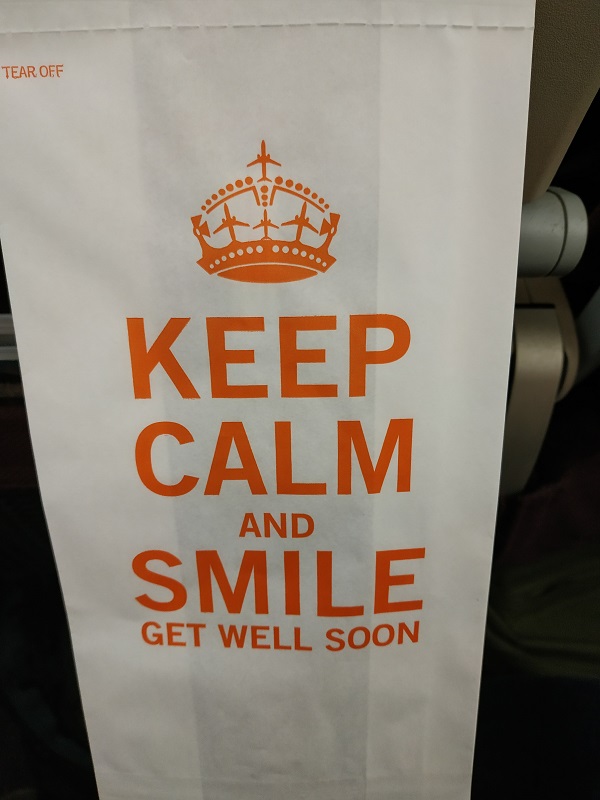 Unlike the usual boring baggies, this have a warm orange message that wishes the passengers, “Keep Calm and Smile. Get Well Soon”. Kinda nice don’t you think so?

Air Asia- luggage check-in and hand carry
Where to find reliable and honest van driver in Bangkok
Travelling with wheelchair service- Malindo Air
Air Asia booking- extra charge if you want to check in your luggage
If you like this post, say thanks by sharing it: 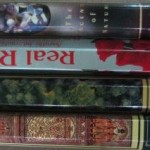 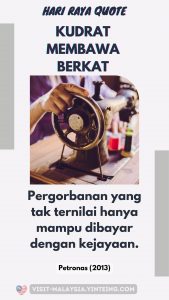