Puduraya or now known as Pudu Sentral is one of the major bus hub selling bus tickets to northern part (Penang, Ipoh, Perak, Kedah and Hatyai) as well as some buses to Kuantan. It is back in operation for about a year since its last renovation where the bus operations were temporary shifted to Bukit Jalil. Now, it is back to Puduraya again.

When my friend told me that Puduraya have a new look and it is now very nice, I cannot imagine how the old building, that is stuffy and crowded could ever change. So when I happened to pass that area, I dropped by Puduraya and was really surprised by the transformation: 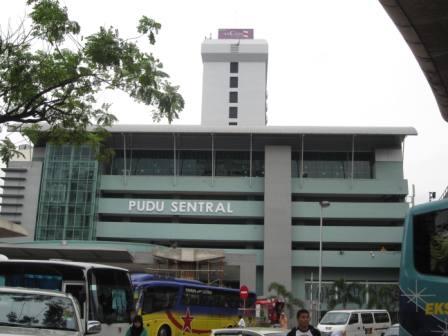 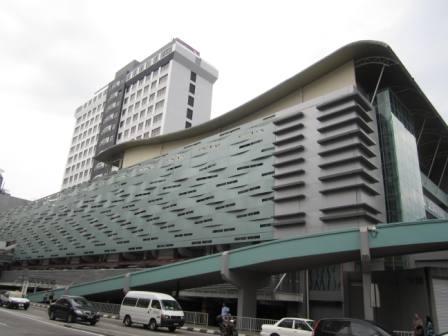 Inside, the entire area has been renovated:

In the midde area, there is a police booth and an information counter (kaunter pertanyaan). There are clear signboards. 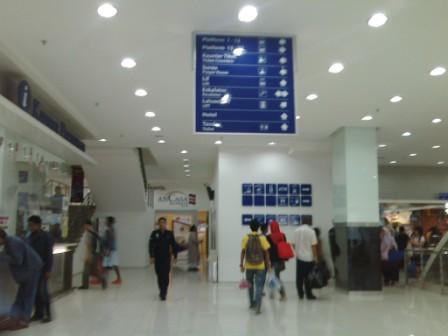 Even though it’s the first time since I came after the renovation, I could find my way around fairly easily.  The ticketing counters have been shifted to the first floor- to what seemed previously like the carpark. You can get there via the lift, elevator or stairs: 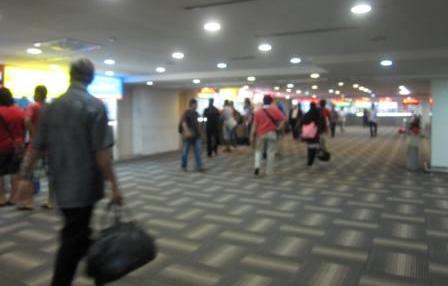 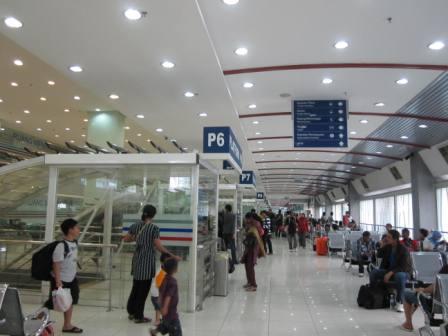 Above: The waiting area is bright, air conditioned and clean. The white glass structure you see on your left is actually a closed glass door that only opens if you press on a button.  Below is the bus waiting area- and in the past, the non air conditioned place used to be stuffy and smokey as the smoke from the waiting buses travelled up. It is not so crowded as last time as buses to Southern and East Coast have been diverted to other hubs (Titiwangsa and Cheras). 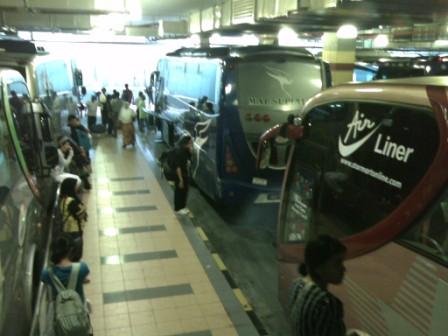 Now, the air is clean and the bright and clean place makes the waiting less agitating. Also because of the air con, the noise from the endless traffic is diverted. 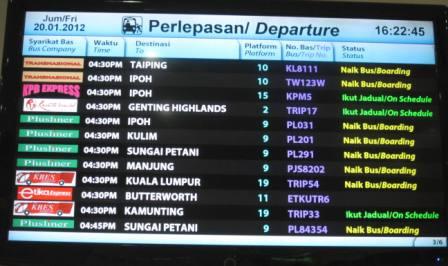 Another addition I find particularly helpful is the LCD boards where the bus departure are listed by lanes and time.  And whether the buses are canceled or not is even informed to us. The place is almost like an airport waiting area. There are many of such electronic boards at the waiting area, ticketing area and even in the food court located at level 4 (we don’t want people to miss their busses while having their meals, do we).

You can reach Puduraya or Pudu Sentral via:

If you stop at Plaza Rakyat station, you can also get your bus tickets from there from Konsortium and Transnational/ Plusliner. In the past when I travel interstate, I preferred these busses because they usually leave on time and their ticketing system is computerised. 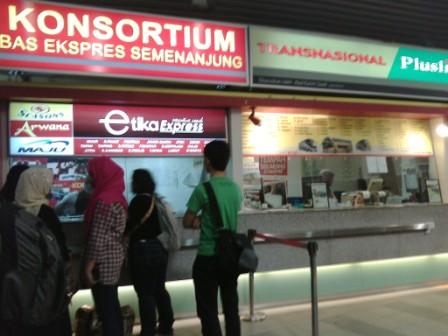 How to get a Thai Tourist Visa from Thai Embassy in Kuala Lumpur
The streets of Kuala Lumpur in the 1960s (50 years ago) and now
Thean Hou Temple, Kuala Lumpur
View of Suria KLCC during sunset
If you like this post, say thanks by sharing it: