When you are planning to travel to other places from Kuala Lumpur, you need to plan your travel time early and factor in the time spent in the traffic jam. Somehow traffic jam on Friday evening (after office hours) tend to be worse than other days. Even if you are taking the Putra/ Star LRT train to your destination- ie KL Sentral, Puduraya, KLIA, you’ll never know what can happen.  So it’s better to be early than late.

In June, I went to Genting Highlands with my friend on Friday after work. We took the LRT all the way to the last station in Gombak and arrived there about 7.30pm. We found out that we have missed the last bus, which left at 7pm.  So we took a cab- if you are going halfhill to Gohtong Jaya, it is RM60. If you are going all the way up to Genting, then it is RM80. The good thing is that if you take the cab from Gombak, there is literally no traffic jam to Genting. 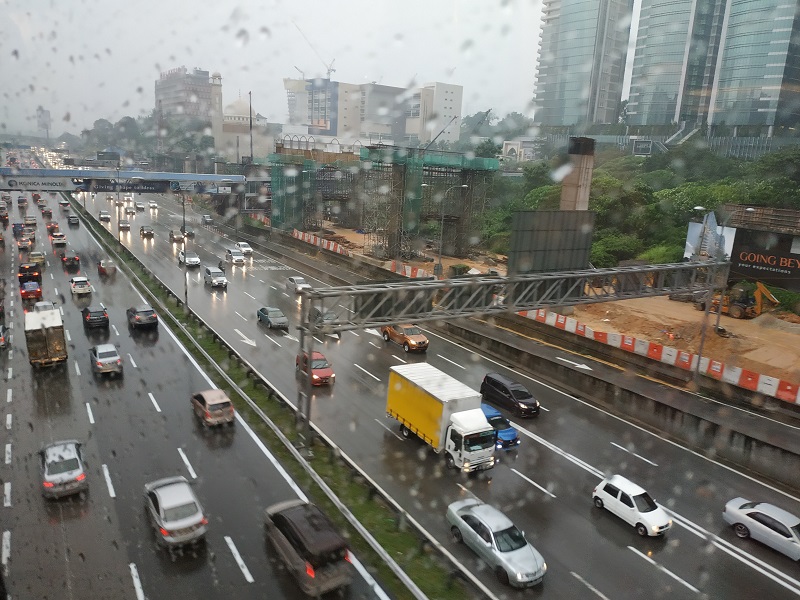 But very recently, we had a misadventure. 4 of us bought First Coach bus tickets to Singapore. The bus is supposed to leave Bangsar (near the Bangsar LRT station) at 6.30pm. But we are told to be there by 6pm. So we figured that we would take the LRT to Bangsar LRT.

At 5.45pm, we bought LRT tickets heading to Bangsar LRT.

Of all days and time, the LRT chose to break down. The automated system is not working- and as the result the trains had to be driven manually.  Then we try to go to Bangsar by car. The jam was soooooo bad. We were stuck at the same stretch of road for like hours. We arrived Bangsar way after 7pm.

OK, I know the LRT hardly broke down and usually, the service is quite reliable. I have been taking LRT to work previously for many years and I remember it probably broke down about 5 to 6 times within the 9 years that I had been taking it. Not too bad. But why does it have to happen during peak hour when people are rushing from/to work. I guess we were unlucky.

So we had to fork up an additional RM88 and buy a one way Nice Coach to Singapore. The bus leaves for Singapore at 12.30am. We spent about few hours waiting at the lounge and upfront just sleeping on their sofas.

But I would know now- if I am travelling on a Friday evening, I’ll probably take 1/2 the day off. You need to plan in advance too- it’s better to be early to wait than to miss the bus or have the train unfortunately breaking down.

Little India in Brickfields Kuala Lumpur- Deepavali Celebrations
View of Suria KLCC during sunset
Trishaw or Beca rides in Malacca town
Tesco, Ikea, The Curve, Ikano- all-in-one
If you like this post, say thanks by sharing it: