This week, 12 January 2010, RapidKL introduces new routes that goes via the paid expressways, enabling smoother and quicker journey to and fro Kuala Lumpur.

Penchala link is quite an expensive toll- that even cars are relunctant to use but it really cuts down the journey if you are getting from Damansara area to KL. Another alternative is to try to get to the LRT lines and from there, take the LRT train to KL.

To find out more about bus and rail routes, visit RapidKL’s official website at http://www.rapidkl.com.my/

To find out their LRT and bus routes and operating hours, go to their website > Network and select either LRT (train) or Bus.

For example, the LRT route map is via this link. You can also plan your trip by selecting the “Quick LRT Journey Planner” located on the left navigation bar of the RapidKL site.  With the 4 car train for LRT, hopefully the peak hour sardine packed phenomenon will be a thing in the past. Last week I took a ride at their 4 car train and noticed it is very disable friendly.

You can also plan your journey by knowing RapidKL’s bus routes, which I am glad is available on their website.  Once you identify where you want to get to from your starting point, you can practically plan your journey- each route for the bus is really quite detailed. However, a note though- except for the new buzz on the Rapidbet buses (the 2 new routes that use the toll highway),  there had been complains that the bus are not regular. Still, when I speak to those who take the bus, they told me that they do not have much complains, except during peak hours when the traffic jam everywhere slows down everything.

I am not sure about you, but I for one enjoy going around by bus.  I used to just hop into buses and have them take me to wherever when I was younger, long before I have any cause or money to do my first passport.  I did it when I stayed in Bangkok too- having their buses take me to nook and crannies and observing the life of folks there quietly through the window of the buses. With a bit of planning- thankfully RapidKL’s site provide detailed bus routes- you will not be travelling aimlessly.

The KL Hop On buses that pass around KLCC area maybe a bit overpriced- you can get to more places by just paying RM2. If you have some extra time, you can really see the housing areas and observe how the folks here in Malaysia live by going around via the RapidKL buses.  With just RM2, you can take various buses within the same bus area (refer to the map on the link) . Example if you look in the map- Kuala Lumpur city center is a zone by itself… this means that you can take buses the entire day around KL only costing you RM2 per person (you can get it from the driver by telling him that you want the RM2 day ticket).

If you take the bus from KL to Petaling Jaya or Shah Alam for instance, the RM2 ticket will not be valid. And it is only applicable to RapidKL buses. Metro buses also ply the Klang Valley and it is not applicable.

Anyway, if you plan to take the bus, I would recommend taking the RapidKL buses because they’re very comfortable, and the drivers are polite and can speak English.

Please note that during office peak hours- there’s traffic jam in all the major roads. The roads start to get clogged up with traffic from about 7.30am till 9.30am and from 4.30pm to 8pm. Sometimes unpreditable accidents, road closures, rain may cause traffic jam as well. During that time, plan your routes around the LRT trains will be ok (except maybe a bit like sardine- well, it’s the same in all other countries).

Taman Jaya Park- located opposite Amcorp Mall
Sesame Street- Oscar the Grouch
Atria shopping complex in Damansara Jaya, PJ
Craft and wedding items supplier in Petaling Jaya
If you like this post, say thanks by sharing it:

The many facets of Bangunan Sultan Abdul Samad

Bak Kut Teh in Klang 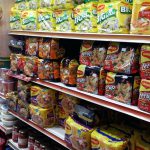 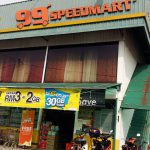